If a fire breaks out in your home, will you be alerted of its presence so you and your family can escape the property to safety? If you don’t have working smoke detectors or smoke detectors installed in the right spots of your home, then you likely have a lapse in this crucial safety initiative. While seemingly simple appliances, entire interconnected smoke detector systems can be installed today to offer a higher degree of protection for your household – and we can help with the design, installation and inspection. Here’s a closer look at the importance of smoke detector installation and how we can help enhance your home’s overall fire safety.

The Importance of Smoke Detectors

Smoke detectors can mean the difference between life and death when installed in residential properties. It’s estimated that about 2,000 Americans lose their homes each year due to fire, with some losing more than just their property – but their lives. In fact, studies indicate that nearly two-thirds of fire deaths occur in households without a working smoke detector. It’s a big reason why smoke detectors should be installed on every level of your home, especially outside of sleeping areas to alert residents of nighttime threats. 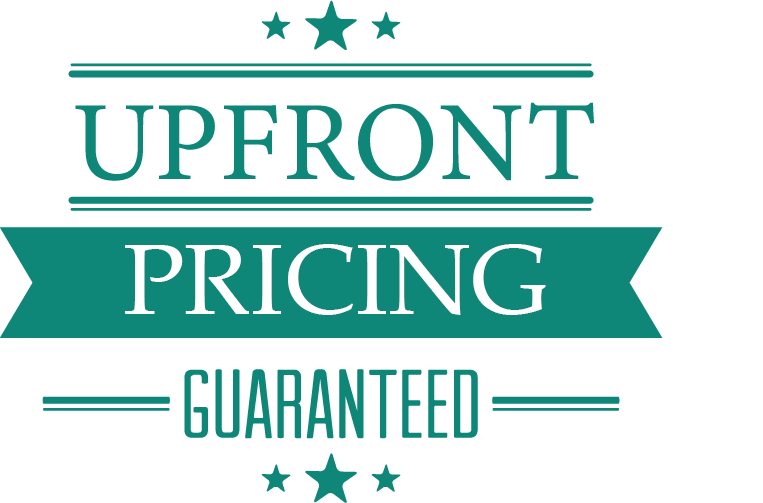 You should never be surprised when your electrician delivers your bill. Before we perform services, we make sure to review your electrical needs and the proposed cost of those repairs. Our customers repeatedly report that our prices are not only competitive but also fair and honest. We never recommend repairs you don’t need, and we guarantee our upfront pricing principles.

Turn to Us For Your Smoke Detector Installation Needs

Having a single working smoke detector is not enough to protect your family from fire threats. Our professionals can work to determine how many detectors are needed and where smoke detectors need to be placed to alert you to any potential fires in your home. Our electricians use hard-wired detectors, rather than traditional battery detectors, eliminating the need to constantly replace batteries. Hard-wired detectors are connected and talk to each other, meaning that if a fire is detected in one part of your home, all of the alarms will go off, ensuring everyone in the home can hear the alarm and safely evacuate. Newer models also feature Smart alerts, notifying you via phone, tablet, or computer about a potential threat if you are not at home.

Let Us Help You Maintain and Care For Your Smoke Detectors

Hard-wired smoke detectors require less care and maintenance compared to battery detectors, however, they still need attention and care. Despite being hard-wired, the unit still contains a battery, which powers the device in the event of a power outage. This means that the battery does not need to be replaced as frequently as traditional battery-powered units, but still does need to be replaced. Additionally, the unit should be tested at least once a year to ensure it works and is properly wired. Most detectors have a lifespan of around 20 years, after which time, the unit should be replaced. We can help you replace batteries, test your units, and replace your units as needed.

Why Select Tidal Electric Services For Your Smoke Detector Needs

For many people, smoke detectors are out of sight, out of mind. However, these small appliances can be the difference between life and death if a fire breaks out in your home. Hiring a professional, such as us at Tidal Electrical Services, to come into your home and determine where smoke detectors should be placed and properly maintain them, can increase the chances of you and/or your family getting out in the event of a fire. Contact us today to schedule an inspection of your smoke detection system with our professionals today.

As you can see, smoke detectors save lives. In this post, we’ll cover some of the most frequently asked questions that we receive about them, their placement, how often they need to be replaced, and more. Here’s what you need to know:

How many smoke detectors do you need?

It’s suggested that you install a smoke detector on every level of your home and in each bedroom of the home for well-rounded, whole-house protection. It’s also suggested that smoke detectors are installed in hallways outside of sleeping areas. Remember, smoke detectors are your first line of defense against a home fire. Ensuring your home has adequate coverage can alert you and any other household residents earlier and give you more time to escape the home to safety.

How often should you replace smoke detectors?

Smoke detectors should be replaced at least once every decade. Sensors in smoke alarms tend to wear out over time – and when they do, it can be more difficult for the device to detect smoke. Don’t know how old your smoke detector is? It’s easy to find out this piece of information. Simply look on the alarm for a label with the manufacture date on it. You can typically find this on the back of the device. If the label shows that the alarm is more than 10 years old, it’s time to replace the device with a new one. If it’s not 10 years old, you’re still good to continue to use the current model. However, regardless of how old your smoke detector is, make sure to change the batteries (if you have a battery-operated model) at least once a year. All smoke detectors should be tested once a month.

Why did my smoke detector go off for no reason?

Smoke detectors may go off – seemingly without reason – for a few reasons. Here’s a look at what could be the common culprit:

How do you stop a smoke detector from beeping?

Stopping a smoke detector from beeping will hinge on resolving why it’s beeping. For example, if it’s letting out an occasional beeping noise, change the batteries. If it’s dusty and unkempt, clean it off. If it’s installed too close to cooking appliances or bathrooms, you’ll want to move it accordingly to prevent false alarms. If you’ve debunked everything and still can’t figure out why you’re getting false alarms or beeping noises, it’s probably best to either contact a professional electrician to get to the bottom of things or invest in a new smoke detector.

For more information on the importance of smoke detectors, where to install them, and how to test and inspect them, contact us today. With smoke detectors that could literally mean the difference between life and death, it’s imperative to make sure that they’re working to properly protect your property. Contact us today for more information and to schedule your appointment.
Price Match Guarantee

We serve the following areas